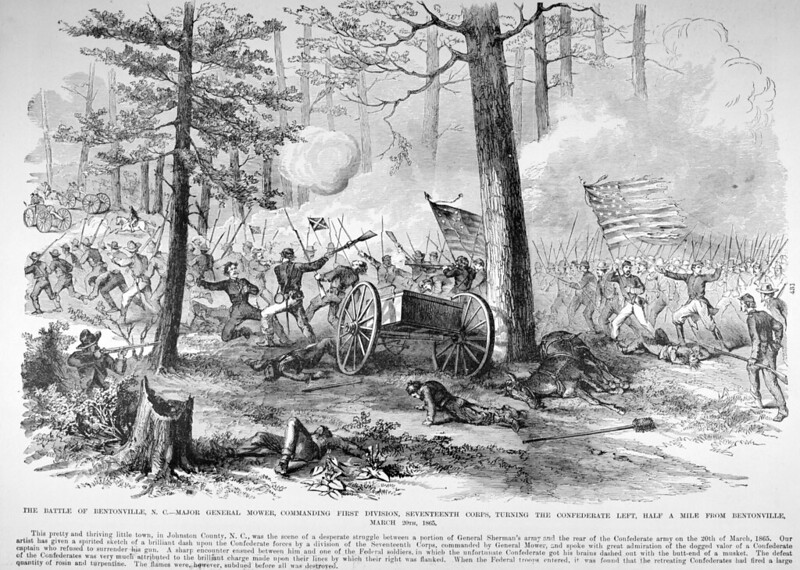 An illustration of the action at Bentonville. This sketch originally appeared in Frank Leslie’s Illustrated Newspaper and is now held by the State Archives

On March 21, 1865, Union and Confederate forces fought the third and final day of the Battle of Bentonville in southern Johnston County.

On March 21, Union Major General Joseph Mower of the Seventeenth Army Corps was able to find a gap in the Confederate left, and pushed his infantry division through to threaten Johnston’s retreat route. Confederate Lieutenant General William J. Hardee was able to gather together a Confederate force to strike at Mower’s regiments and removed the threat to Confederate route of retreat. Unfortunately, Hardee’s son, Willie, was severely wounded during the attack on the advancing Federals.

The next day, Johnston completed his troops’ retreat across Mill Creek, and General Sherman continued his advance to Goldsboro. Willie Hardee was taken back to Hillsborough where he died and was buried.