So Great the Devastation in 1916 Flood

Devastation from the flood at an Asheville power plant. Image from the State Archives.

On July 14, 1916, the worst flood in western North Carolina’s history occurred after six days of torrential rain. In one 24-hour period the region saw more than half of a normal year’s total rainfall. The 22 inches of rain that fell that day set the record for the most rainfall in a single day in the United States.

Because the ground was saturated, most of the water immediately filled streams and rivers, causing them to reach flood stage in just a few hours. At least 50 people lost their lives and the property damage surpassed $22 million, $1 million of that in Asheville alone.

Asheville and Hendersonville were completely cut off from the outside for weeks. Railroad tracks that were not destroyed had their supports washed out from under them, leaving tracks eerily suspended over mud-covered ravines—895 miles of track were rendered useless.

Everyone was taken by surprise at the speed with which the water rose. People were stranded in trees when their cars or homes were overwhelmed and they had nowhere else to go. Industrial plants along the rivers were swept away and landslides engulfed homes.

For most of western North Carolina the 1916 flood remains the benchmark for disasters.

On October 15, 1954, Hurricane Hazel made landfall at Long Beach.

Devastation was widespread but nowhere was the impact more severe than on what’s now Oak Island, where a 17-foot storm surge swept away 352 of the island’s 357 structures. The dramatic surge was, and remains, singular in North Carolina’s recorded history.

Hazel was the only Category Four hurricane of the 20th century to strike North Carolina. Its winds topped 140 miles per hour. After landfall it tracked inland, and battering winds cut a wide swath northward toward Raleigh. High winds toppled trees, ripped roofs and tore down signs and power lines across the state.

Hazel was responsible for 95 deaths in the U.S., including 19 in North Carolina. Hazel remains the standard by which other North Carolina hurricanes are measured.

Inland flooding caused by Hurricane Floyd. Image from
the Army Corps of Engineers.

On September 16, 1999, Hurricane Floyd made landfall at Cape Fear as a very strong category 2 storm. At its peak in the Atlantic, Floyd was among the largest category 4 storms on record.

Even as it came ashore, Floyd was almost twice the size of a normal hurricane. The 12 to 20 inches of rain that fell as a result of the storm, which arrived only 10 days after another hurricane, caused every river in eastern North Carolina to flood.

Among the towns most devastated by Floyd were Rocky Mount, Tarboro, Kinston and Princeville. The fate of the little town of Princeville, founded by freed slaves, tugged especially hard at the heartstrings of many North Carolinians—most of whom had never been there—as the whole town was underwater for days.

A Federal Emergency Management Agency (FEMA) official stated that, although he had worked through more than 100 disasters since 1992, he had never seen flooding as bad as in Princeville.

On July 14, 1879, Silas McDowell, prolific self-taught scientist and originator of the concept of the thermal belt, died.

Originally from York, South Carolina, McDowell attended school at Asheville’s Newton Academy and then began work as a tailor in Charleston. He returned to the North Carolina mountains in 1823 and bought a farm in what’s now Macon County. There, in Franklin, he began a long career of farming, viticulture and horticulture, including an extensive apple production operation that developed many new varieties.

McDowell applied science to all his endeavors, published articles on agriculture and began to develop a theory of thermal belts from his observations. In 1861, he published his best-known article, “Theory of the Thermal Zone,” in which he proposed the idea of the thermal belt, a mountainside temperate zone ideal for growing crops.

McDowell also made contributions to botany, guiding a number of the day’s prominent botanists in explorations of the state’s mountains. His wide-ranging interests also included mineralogy, geology and zoology.

In his later years, McDowell retired from farming and turned to history, literature and poetry, penning biographies of prominent local people and accounts of historical events, and writing poetry recalling his youth and the mountain landscape.

An iceberg in the 1910s. This image does not show the Salter Path iceberg.
Image courtesy of the U.S. Coast Guard.

A Works Progress Administration (WPA) worker reported that the iceberg was the size of a small island, extending six feet above the surface of the ocean, and on a westerly trajectory. Others reported that at Atlantic Beach, ice floes had piled up so high in the Bogue Sound at the Atlantic Bridge that gulls were landing on them.

The Harkers Island ferry had to break through ice to continue its run, and a man in Beaufort pulled frozen fish from the water. He got the surprise of his life when he returned from fetching a knife to find that they had thawed and were still alive.

That January had been so cold that The Beaufort News declared it the “Ice Age.” Temperatures, though cold, were not of record levels. The thermometer dipped down to 18 degrees on January 20 and to 16 degrees on the 27th and 28th, though it did rebound to a balmy 21 degrees on the 29th  Farther north, at Lake Mattamuskeet, so many birds were stranded by the ice bound conditions that they had to be fed by the superintendent.

The Most Popular Posts of 2014

From the rise and fall of the Land of Oz theme park in Avery County to the “South’s Woodstock” in the small Iredell County community of Love Valley to the origins of the “Lost Colony” mystery on Roanoke Island at the coast, we’ve told you some pretty cool stories from the Tar Heel State’s past last year (if we don’t say ourselves!).

To celebrate the New Year, we took a look at the numbers and wanted to share the 14 most popular posts of 2014 with you: 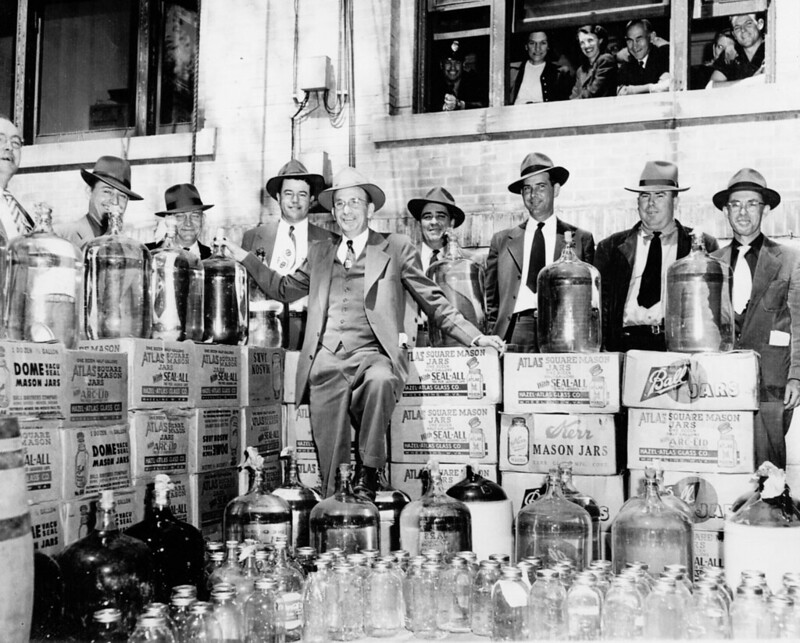 2. The Trail of Tears and the Roundup of N.C. Cherokees

4. The Mixed Fortunes of the Land of Oz 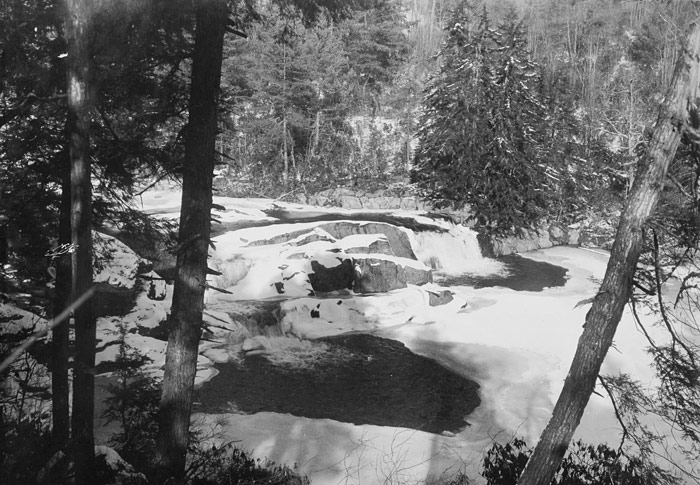 7. The Flood of 1916 and Unprecedented Destruction in Western North Carolina

8. The Lumbees and the Road to Recognition

11. Mystery of the Dare Stones

12. Origins of the “Lost Colony” Mystery

Which of our 2014 stories did you like the best? Did you learn something new? Tell us in the comments. Know a great story from North Carolina’s history that we haven’t told yet? Tell us about it, and you just might see it here in 2015!

The Wreck of the Huron on the Outer Banks, 1877

The wreck of the Huron. Image from the Naval History and Heritage Command.

On November 24, 1877, the USS Huron ran aground near Nags Head, en route for Havana from New York. Commander George P. Ryan chose to sail close to shore to avoid having to travel against the Gulf Stream or taking the time to plot a route beyond the strong currents.

During the night, rough seas and dense fog hindered the officers’ ability to navigate the treacherous coastline. The Huron came too close to the shore and ran aground around 1:30 a.m. Although the closest lifesaving station was only two miles away, it was closed until December. Some of the sailors braved the currents and cold temperatures and 36 made it to the shore. Ninety-eight men died.

Two months later, another 85 men died when a second ship, the Metropolis, ran aground north of the Huron wreck. The two disasters prompted Congress to fund additional lifesaving stations and to increase their months of operation.

Today, the wreck of the USS Huron is on the National Register of Historic Places. In 1991, the N.C. Department of Cultural Resources designated the wreck site as North Carolina’s first “Historic Shipwreck Preserve.”

This Day in North Carolina History
Create a free website or blog at WordPress.com.